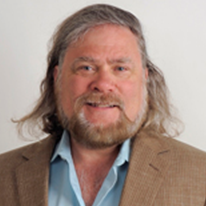 Professor Michael Domach will deliver the keynote address at the 2018 IBE Annual Conference on April 6 at the Norfolk Waterfront Marriott, Norfolk, VA.

Professor received B.S. in Chemical Engineering with Environmental Engineering and Chemistry minors from the University of Massachusetts, and Ph.D. in Chemical Engineering from Cornell University. He studies fundamental and applied aspects of cell engineering and biology to understand the behavior of cells, biochemical reaction and control mechanisms. A key component of his research work is that it couples experimental investigation to mathematical model development. He has authored numerous award-winning research publications.

Professor Domach is committed to education and has authored a textbook entitled, “Introduction to Biomedical Engineering”, 2nd edition, Prentice Hall.

Professor Domach has received numerous awards. He was recipient of a Presidential Young Investigator Award; Inaugural Dow Chair, Universidad Nacional del Sur, Argentina; Senior Visiting Scientist, Bioinformatics, The Jackson Lab, Bar Harbor, ME; and Co-Director of NIH Training Program in Biotechnology. He is a co-founder of Automated Cell Technologies Inc, a NIST-ATP funded company. He is on the Editorial Board of the J. Biotechnology and Editor in Chief of Biotechnology Progress. Professor Domach is a Fellow of the American Institute of Biological and Medical Engineers.

Dr. Stephanie G. Adams is the dean of college of engineering at Old Dominion University. Dean Adams is a national leader in the advancement and inclusion of all in science, technology, engineering and mathematics (STEM) education. Before being appointed a department chair at Virginia Tech in 2010, Adams served as associate dean for undergraduate studies in the School of Engineering at Virginia Commonwealth University from 2008 to 2010. For the decade before, she was a faculty member and administrator in the College of Engineering at the University of Nebraska-Lincoln. She also served two years as a program officer at the National Science Foundation (NSF). She has worked with a number of colleges and universities, government agencies and non-profit organizations on topics related to graduate education, mentoring, faculty development and diversifying STEM, including the University of Michigan, North Carolina State University, NASA MUST (Motivating Undergraduates in Science and Technology) Program and the Gates Millennium Scholars Program. Her research interests include broadening engineering participation; faculty and graduate student development; international and global education; teamwork and team effectiveness, and quality control and management. Adams received the 2003 NSF CAREER award, 2008 DuPont Minorities in Engineering Award from the American Society of Engineering Education and the Janice A. Lumpkin Educator of the Year Award from the National Society of Black Engineers. She will speak on the future directions of engineering education.

Professor Spiros N. Agathos is the Inaugural Dean of Biological Sciences and Engineering at Yachay Tech University in ECUADOR. Professor Agathos received PhD form MIT in biochemical engineering. He served on the faculties of the University of Western Ontario (Canada), Rutgers University (New Jersey, USA), and the Catholic University of Louvain (Belgium), where he was Professor and Chair of Bioengineering. His expertise in areas of biotechnology and bioengineering with seminal contributions in (a) cell culture science and engineering, mainly for biomedical applications, and (b) microbiology and genomics, mainly for environmental applications. He has published over 200 articles, 4 books and 6 patent disclosures. He is a Fellow of the American Institute for Medical & Biological Engineering (AIMBE), International Water Association (IWA), and Society for Industrial Microbiology & Biotechnology (SIMB). He will speak on the topic of Establishing Innovative Biomedical Engineering Programs in Ecuador.

Dr. Parag R. Chitnis is the Deputy Director at the National Institute of Food and Agriculture (NIFA) of USDA, leads NIFA’s Institute of Food Production and Sustainability (IFPS). IFPS manages a budget of about $660 M for competitive and capacity grants. Prior to joining NIFA, he was a research administrator at the National Science Foundation (NSF) – Division of Molecular and Cellular Biosciences. In addition to leading the division, he managed many inter-directorate programs at NSF, developed collaborations with agencies in other countries, and represented NSF in several interagency activities, such as National Science Advisory Board on Biosecurity and the Nanoscale Science, Engineering, and Technology Subcommittee of the National Science and Technology Council. Prior to joining NSF, he held faculty positions and authored over 100 peer-reviewed or invited publications in the areas of plant biochemistry, photosynthesis and proteomics.

Dr. Maxine Jonas is a biological engineering hands-on teacher in the Department of Biological Engineering (BE) at MIT. She empowers MIT students with technical and communication knowledge to be lifelong curious learners who know where to find rigorous information, who to turn to with questions and collaboration ideas, and what bold challenges to design toward. Before returning to MIT after her PhD, she worked for seven years in the biotech industry in the Boston area, both in start-up (BioTrove/BIOCIUS) and in large company (Agilent Technologies) environments, conceiving, maturing and manufacturing automated robotics platforms interfaced with mass spectrometers, for applications in the fields of biopharmaceutical drug discovery, clinical research, metabolomics and quantitative proteomics. She currently teaches lab-focused instrumentation courses. She is also a Communication Lab fellow, a Sandbox scientific mentor, and is on the team spearheading the creation of a bio-maker space at MIT.

Professor Steve Searcy is Senior Professor and Department Head of Biological and Agricultural Engineering at Texas A&M University, College Station. His areas of expertise include intelligent machine systems, bioenergy logistics, cotton engineering and precision agriculture. He is the current President of the American Society of Agricultural and Biological Engineering. He will speak on the issues related with creating a professional society nexus for biological engineering education.

Dr. Pramod Wangikar is Professor of Chemical Engineering and Professor-in-charge of two virtual centers, Wadhwani Research Center of Bioengineering and Center for Bioenergy at Indian Institute of Technology (IIT), Bombay, INDIA. His areas of expertise include cellular metabolism, bioprocess for therapeutic proteins and enzymes, enzyme engineering for chiral synthesis, and metabolic engineering of cyanobacteria. His research is supported by agencies and numerous companies. He has authored over 80 research articles that have been cited over 2100 times. The topic of his presentation will be a new interdisciplinary model used at IIT.