What do Biological Engineers do?

Have more questions? Ask an expert! 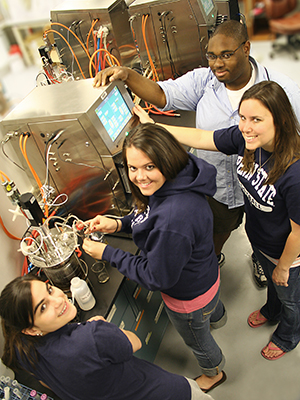 Biological engineering is the biology-based engineering discipline that integrates life sciences with engineering in the advancement and application of fundamental concepts of biological systems from molecular to ecosystem levels. 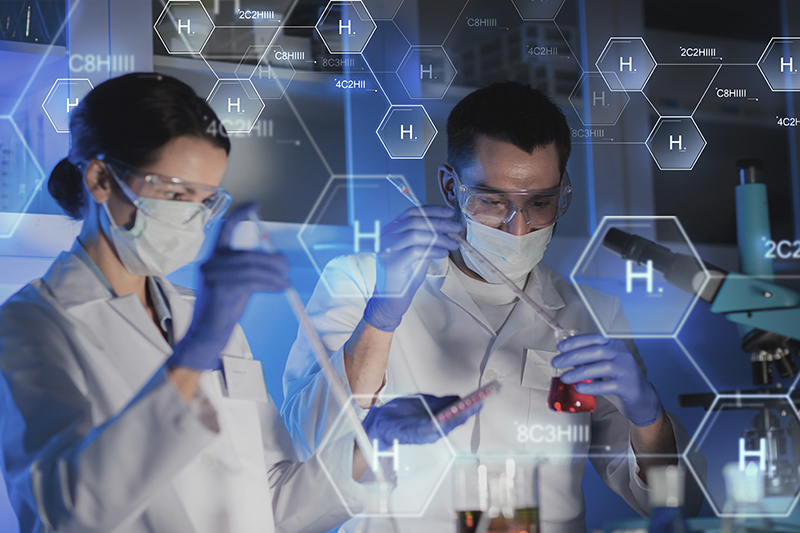 The Institute of Biological Engineering (IBE) was established to encourage inquiry, application and interest in biological engineering in the broadest and most liberal manner and to promote the professional development of its members.

IBE promotes the view that biological engineering is a science-based, application-independent discipline that is aligned with the perspective and foundation of biology. IBE espouses the view that biological engineers should possess the scientific knowledge of biology, including its philosophical views, be proficient in the principles and practices of engineering, and be capable of integrating discoveries from multiple disciplines to design solutions for problems.

These perspectives simply impose the current physical sciences/engineering paradigm on biology. A deeper reflection about the biological engineering knowl-edge is needed. A living-system perspective, wherein decision making is based on variable interrelationships with other living organisms, is complex and may not be amenable to reductionism. Current activities integrating biology in engineering owe their approach to the idea that in order to understand organisms or populations of organisms one needs to understand completely their functional genomics and structural biology.

Another perspective emerges when the object-level broadens to include the scale dimensions from genetic (atomic) to organismic biology. The concept of a network of varying relationships among groups of organisms within their environment begins to appear. This shift from function to organization is represented in the shift from the mechanistic to the systemic view. The ecology of the system is modeled in terms of input/output relationships to anticipate system outcomes. Currently, the systems approach does not delve into the views from the "genetic" (atomic) approaches.

IBE invites all those who have ideas to contribute in building the biological engineering discipline and designing our future in the new century.

Acknowledgement: Adaptation from the writings of Jim Dooley, Art Johnson, Joel Cuello, Brahm Verma and in the Proceedings of IBE Meetings. 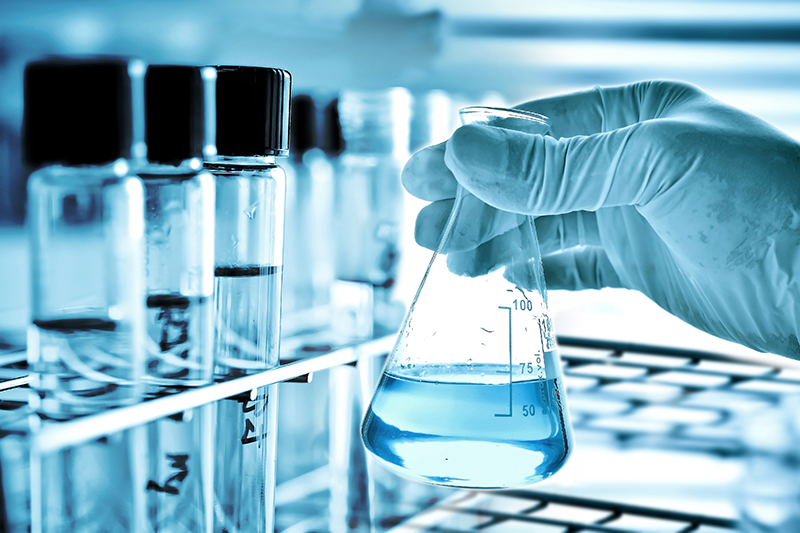 Defining the Body of Knowledge

The plethora of new biology-based technologies has sparked a frantic rush to establish and enhance academic bioengineering programs in the U.S. The economic boom of the 1990's and the Whitaker Foundation, with its goals to contribute its entire sizeable endowment to bioengineering projects and programs by the year 2006, enabled bioengineering research and academic activity to reach an unparalleled frenzy in recent years. However much good these pressures have been for the field, they may also have kept bioengineering from emerging in an orderly and thoughtful way necessary for the establishment of a truly independent engineering discipline.

The trouble is that the formation of biological engineering (or bioengineering) has not been completed. A body of knowledge has not been completely defined and unique methods have not been identified. There are few true science-based bioengineers because there is no pattern for automatically forming engineers with this type of education. The students of today are being taught by the students of yesteryear, and those students were taught in fields different from biology-based biological engineering. Thus, progress toward a truly separate discipline with distinct bodies of knowledge and methods can only be incremental.

There are many distractions hindering this process of development. To use a biologically-based analogy, a new species can only emerge from isolation. Continued interbreeding with established species only adds to the richness of the gene pool, but does not lead to a new species (one trait of which is the inability to breed with other species). Likewise, the establishment of a new discipline requires a certain isolation and reflection on the vision of that discipline. In these days of unparalleled opportunity and multidisciplinary research, that isolation is not occurring. Consequently, visions for the bioengineering discipline are numerous, and often reflect the habits derived from the many source disciplines that are now feeding into what we presently call bioengineering.

And then there are hybrids of these approaches that combine them in different ways. The U.S. National Institutes of Health promotes one of these: by its definition bioengineering is an integration of "physical, chemical, or mathematical sciences and engineering principles for the study of biology, medicine, behavior, or health. It advances fundamental concepts, creates knowledge from the molecular to the organ systems level, and develops innovative biologies, materials, processes, implants, devices, and informatics approaches for the prevention, diagnosis, and treatment of disease, for patient rehabilitation, and for improving health."

There are opposing research directions that also influence this field. Reductionism is the tendency to view a system on its smallest possible scale. In biology this means that to understand organisms or populations of organisms one needs to understand completely their functional genomics. Many of the present bioengineering opportunities owe their importance to the reductionist approach.

On the other hand, other researchers are struggling to understand relations among groups of organisms and to model ecological outcomes. This holistic systems view does not presently view the system from its genetic base.

How do these two approaches affect bioengineering? They tend to pull it in two different directions. There hasn't been time nor the isolated reflection necessary to show how these approaches fit together, and, as a consequence, bioengineer-ing is still largely undefined. At best we can say that the field is still being formed, or in a transitional state.

The present distraction posed by cellular and tissue bioengineering is particularly strong. The opportunities are so vast that many educators have been lured into defining bioengineering in terms of their research interests. The curricula that have resulted often ignore the science of biology at levels higher than tissue. The term "bioengineering" is often applied to this portion only of the field, and this largely applications-based usage is often not distinguished from the more broadly-based scientific discipline usage of the same word that is promoted by others.

Given some thought, it could be realized that the big distinction in biology occurs at the cellular level. At or above that level, biological responses of cells or groups of cells of any complexity are fundamentally similar. Below the cellular level can be characterized as a chemical system. This discontinuity is closely analogous to that in physics above and below the atomic level. Therefore, any bioengineering that does not recognize the supercellular biological continuum is not the science-based discipline that is separate and distinct.

As far as distinctive methods are concerned, there are few candidates from which to choose. My own bias is to view the field of biology from a systems viewpoint. Whether at a subcellular, cellular, tissue, organ, organism, or population level, biology can be considered to be another system with input/output relationships that can be anticipated as following certain general principles with some important exceptions. Looked at this way, a biological system is a product both of its genetic basis and the environment in which it finds itself. Thus, both reductionism and ecological systems approaches have their contributions to make.

It is hard to say whether bioengineering will someday emerge as a separate and distinct discipline. There are many influences from many sources that are tending to keep the field from coalescing as a cohesive unit. Until that happens, there will not be general agreement about a specific knowledge core, courses to offer, or typical academic programs to design. And, without these, industrial or other employers will not be completely sure about the capabilities of graduates from the 90 or so bioengineering programs in the U.S.

Nonetheless, these are exciting times. The opportunities are great and the contributions that an individual can make are numerous. We have a frenetic pace in the field that is not waiting for a definition or a unique discipline to emerge. That will take some time and a lot of reflective thought. 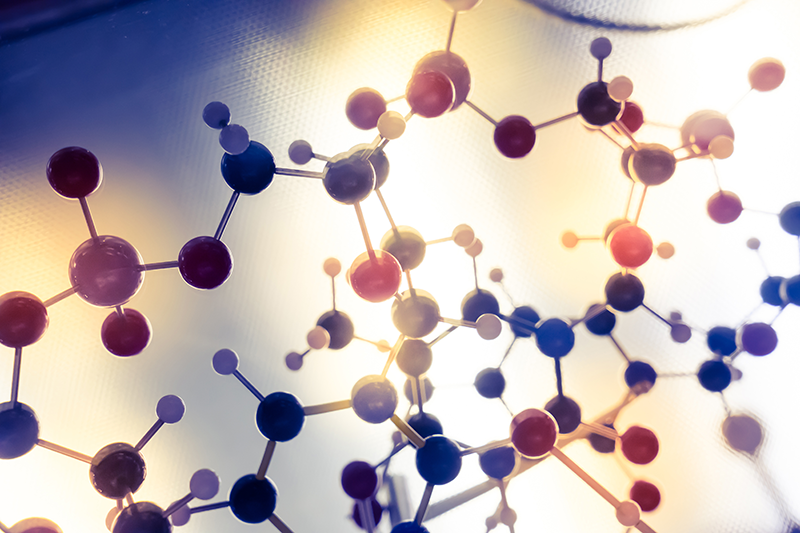